The barebones of Thai Massage history

The barebones of Thai Massage history

“Traditional Thai Massage is a therapy that has never remained fixed or unaltered, but has been open to various influences, and even today continues to be dynamic and innovative.”

The history of Thai Massage is an enigma. That’s primarily because its origins – indigenous Thai Medicine – has been enveloped for centuries by a discreet oral tradition. What makes matters more complex is that there are two broad and different traditional systems of health in Thailand – the «rural» and the «royal».

The rural tradition existed since before the arrival of the newer ideas of India. It depends almost entirely on pre-Buddhist spiritual beliefs. This Thai local medicine is non-academic and depends on informal methods of learning. Varying considerably from one village to another, its practices are largely transmitted by male healers who are similar to shamans, astrologers or witch doctors. For the most part, they pass their knowledge down to disciples orally or through palm leaf manuscripts. Such information is not normally shared with outsiders, especially anthropologists or other Western researchers, and thus it is not accessible to modern study.

In contrast, the royal tradition developed in the royal court under direct foreign influence. It is complex, intertwined with cultural influences originating in India, China, the Muslim world and the West. However, its first roots that relate to theoretical knowledge seem to come from Ayurveda in India.

While earlier traditional Thai medical texts clearly make aspects of Ayurveda evident, they are certainly more recent than the arrival of Buddhism in Thailand. (That happened during the reign of King Ashoka in the third century BC.) Unfortunately, the texts provide no indication of how or when they arrived. Further complicating the effort to clearly establish the history of Thai Massage are the multiple waves of influence that have flowed through Southeast Asia since the development of the Silk Road and other sea routes on the Indian Ocean some 2,000 years ago. 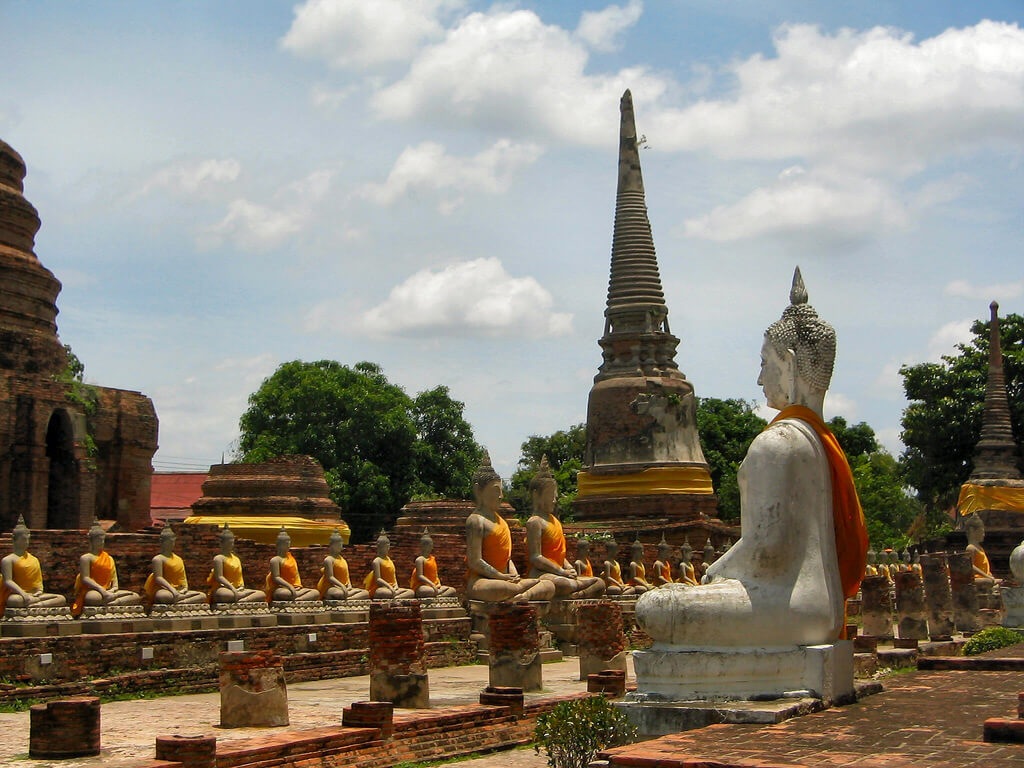 Records date Thai Massage back to the same period. Massage is mentioned in medical texts that date back to that same period. They were written on palm leaves in Pali, the classical language of Theravada Buddhism. With the destruction of the ancient capital Ayutthaya by Burmese invaders in 1767, the majority of old manuscripts were destroyed. Only fragments survived.

These fragments were later used by King Rama III as the basis for the famous epigraphs that can be seen in Wat Pho temple in Bangkok. The diagrams are the greatest source of technical information – the complex system of energetic meridians and acupressure points, two ancient healing concepts that also originated in Ayurvedic medicine – for masseurs and scholars of Nuad Boran, Thai Massage. 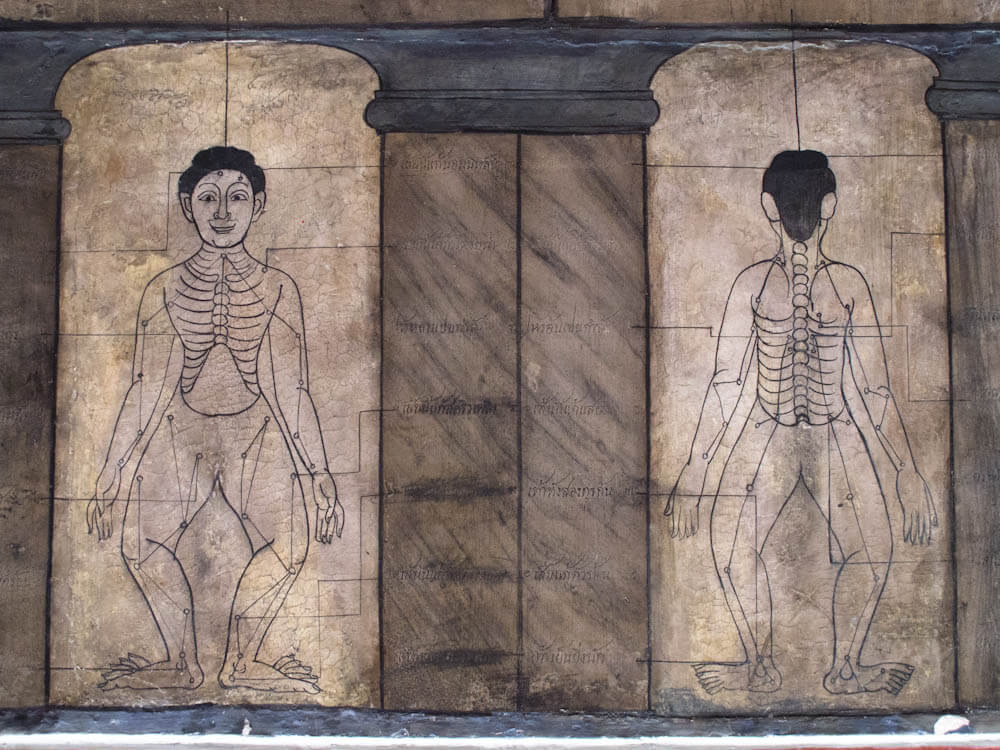